CoreYoga is an 8 class series focused on mindful movement taught by Angela Hilyar, a pelvic health certified physical therapist. This class contains yoga inspired flows with considerations for individuals during postpartum recovery (8 weeks and beyond) and/or experiencing pelvic organ prolapse.
This class may be for you if you are concerned or curious about your body’s ability postpartum or with prolapse, if you have completed 1:1 physical therapy treatment and are ready for your next step or want to start a safe beginner-level yoga practice and would like an inviting environment to explore movement.
Each class will begin with an intention and breathing exercise, progressing to vinyasa style flows and ending with a guided meditation along with a weekly suggestion for exploration or self-care. Each class will be progressive in positioning and challenge with options for movement needs, but will include a variety of positions from floor to standing. 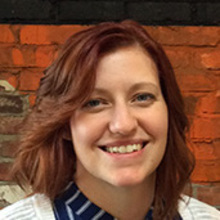 Angela received her undergraduate degrees in Athletic Training and Sports Medicine from Ball State University, and practiced as an ATC for 6 years before retiring her license to pursue her DPT at Indiana University. Angela's practice has focussed on afull range of orthopedic conditions, especially clients with persistent pain, with an added specialization in pelvic health in 2013. Angela's natural curiosity and thirst for learning has driven her to continually expand her toolbox especially as it relates to manual therapy techniques and evidence-based practices. She has earned additional certifications in pelvic floor rehabilitation through Herman and Wallace and ASTYM.Born in Tennessee, Angela settled in Indiana and has lived, worked, and played there for the past 25 years. In 2017, Angela relocated to Bellingham with her (awesome) husband and two (sweet, energetic) children to enjoy being a part of our collaborative clinical team and bring her own special magic to CorePhysio's clients. She believes in the importance of keeping bodies moving, and embraces yoga, jogging, weight lifting and swimming as well as exploring nature with her family. They are excited to discover the natural playground of the Pacific Northwest!
Sign up now!